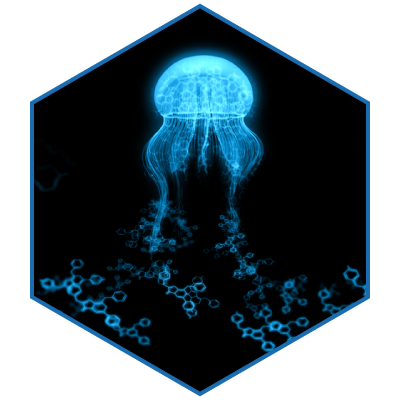 Luciferases catalyze the enzymatic oxidation of a luciferin substrate (notably Coelenterazine), and produce light as a byproduct of this reaction. Unlike first-generation firefly luciferase systems, these Coelenterazine based luciferases (NanoLight™) do not require accessory high energy molecules such as ATP, or Coenzyme A, which greatly simplifies their use in a number of reporter applications.

One notably small, the smallest and THE BRIGHTEST, Coelenterazine luciferase is called Gaussia princeps Luciferase.  It was discovered from many trips to sea to obtain these small 5 mm long copepods that live in sparse distribution at 700-900 meters depth. Obtaining enough of these copepods in pristine condition to make functional libraries for expression cloning was extremelylaborious and expensive.

One application of Gaussia Luciferase is for example the observation of single neuronal vesicle release and thus can be used to image depolarization and the release of insulin and other fusion proteins directly and in a quantitative way.

Photoproteins (Aequorin, Obelin) are “pre-charged” with Coelenterazine and molecular oxygen— when oxidation is triggered by calcium, a flash of light occurs.  Photoproteins usually require a reducing environment and extremely low levels of Calcium otherwise they behave as poor luciferases in the presence of Calcium.

Green Fluorescent Proteins (NanoFluor™) intrinsically fluoresce as a result of a unique peptide-derived chromophore that self-assembles after translation. GFPs’ ability to shift the wavelength of luciferase or photoprotein from blue to green allows, among other uses, whole cell studies of gene expression and the visualization of drug-target interactions over time & at variable dosages.

Our unique GFP and luciferase properties enabled company scientists to obtain a Phase I SBIR to evaluate the feasibility of BRET (bioluminescent energy transfer) for use as a novel class of biosensors. BRET is potentially a broadly applicable enabling technology for HTS, medical diagnostics and basic research. Its singular advantage is that it provides both spatial and orientation information when a binding or proximity event occurs.

One notable sea pen GFP,Ptilosarcus, was found to have has the highest natural quantum efficiency of all fluorescent proteins. Ptilosarcus and Renilla GFP have been codon optimized and used in High Content Screening by Cellomics, and in use by Molecular Devices, and Rigel Pharmaceuticals.

NanoLight Technology believes the basic researcher, drug discoverer, and agrichemical industries are only beginning to harness the power of naturally occurring bioluminescence in their research, screening, and discovery efforts.

Most of the visible spectrum measurable by standard luminometers remains available for exploitation, NanoLights™ are well-positioned to develop bioluminescent reporter systems, and easily incorporated into ELISA detection systems, direct in vivo imaging, cell tracking, and in DNA-DNA, DNA-RNA, and nucleotide-peptide detection using a variety of strategies, and split luciferase techniques.  Because Intellectual Property Rights using NanoLight Technology’s bioluminescent technology are solid and unencumbered by prior art, life science companies have assurance that their discoveries are safe and subsequent patent positions based upon NanoLight Technology are secure.